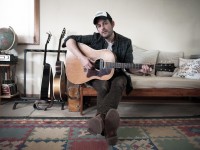 THE WEATHERMAN DEBUTS AT #5 ON BILLBOARD’S FOLK CHART

“There’s a gentle, comforting ease to Gregory Alan Isakov’s songs on The Weatherman, at times recalling the likes of Bob Dylan or Paul Simon with a little more banjo. But the ease of his tunes is deceptive; they’re beautifully arranged and more than a little haunting. That kind of impact doesn’t always come so easy.” –American Songwriter

About The Weatherman “Lauded for its genuine lyricism and hushed, yet powerful, vocals” – Paste Magazine

“…an eloquent lyricist who delivers soul-searching ruminations filled with cosmic pondering, nomadic wisdom and plenty of earthy metaphors. His understated voice has a hushed force akin to that of Jose Gonzalez’s and, at its best, the alluring comfort of Paul Simon’s.” — The Washington Post 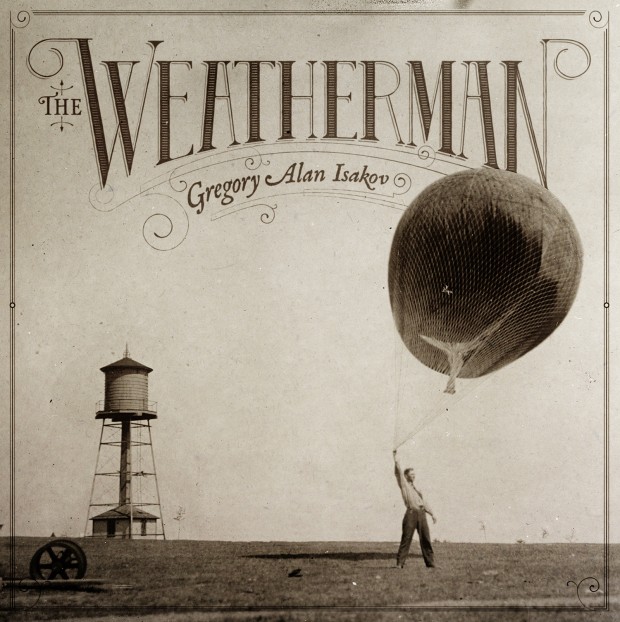 Gregory Alan Isakov has announced an eighteen-date tour of Europe across October and November 2014 in support of his new album The Weatherman. This will be Isakov’s first tour in Europe since the album’s release in late 2013 and will commence with five UK headline shows, including London’s Bush Hall on Tuesday, October 21. 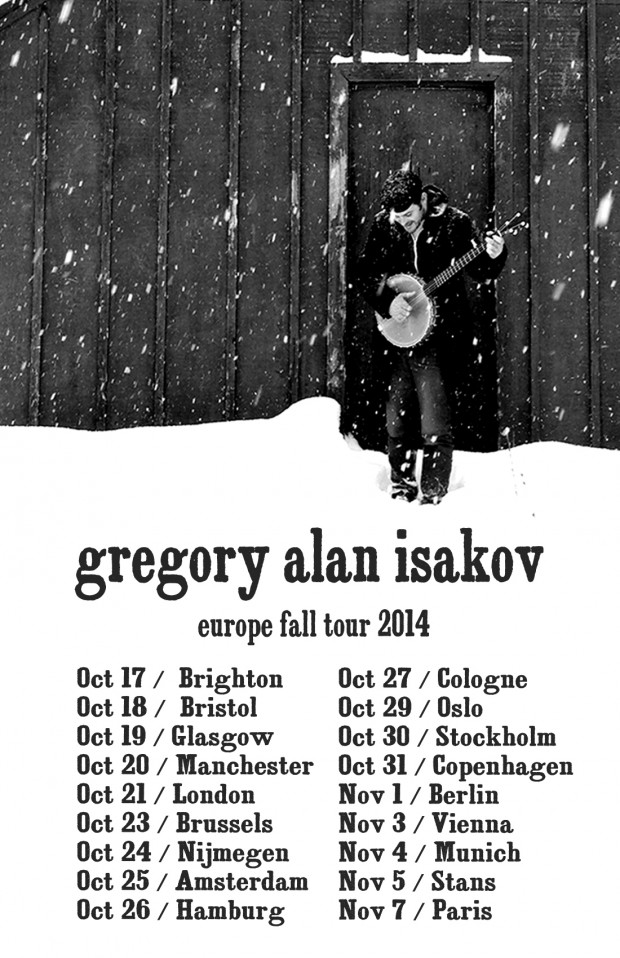 Recorded and mixed outside the quiet mountain town of Nederland, CO, The Weatherman was produced by Isakov along with Jamie Mefford. Of making the record, Isakov notes, “I wanted to make something that felt genuine. We recorded everything with analogue gear and mixed it on tape, which gives the songs a raw and vulnerable feeling.” He goes on to add, “The idea of a weatherman is really powerful. There’s a guy on television or on the radio telling us the future, and nobody cares. It’s this daily mundane miracle, and I think the songs I chose are about noticing the beauty in normal, everyday life.”

The Weatherman is Isakov’s third full-length release and follows 2009’s This Empty Northern Hemisphere, which the Denver Post praised as “an artistic masterwork” and Paste Magazine described as “quietly lush” and “deeply vibrant.” Born in Johannesburg, South Africa, and now calling Colorado home, Isakov is a lifelong traveler.  With a degree in horticulture, Isakov balances the art of making and exhibiting his music with the art of gardening and connecting to the land.