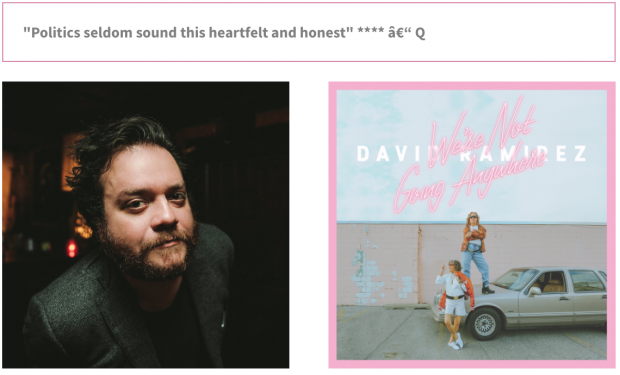 David Ramirez’s new album Weâ€™re Not Going Anywhere is out this week via Thirty Tigers. It follows Ramirezâ€™s 2015 album â€˜Fablesâ€™, described by Q as â€˜caked with the grit and dust of an entire lifetimeâ€™
Produced by Sam Kassirer, the album finds Ramirez painting a vividly imagined picture of contemporary America through the songwriterâ€™s own perspective of having dual American and Mexican heritage.

â€œIf Springsteen made a record about living in Trumpâ€™s America, youâ€™d hope it might sound something like ‘Weâ€™re Not Going Anywhere’â€  â€“ Uncut

“An acute observer of the fractured state of the nation, its lost souls and lost ideals” â€“ FRUK

For the first time, Ramirez â€“ who has always co-produced or self-produced â€“ hired a producer in the form of Sam Kassirer (previously helmed Josh Ritter, Lake Street Dive, Bhi Bhiman) to help evolve and change the recording process. In January 2017 Ramirez and his band decamped to the Great North Sound Society, an eighteenth-century farmhouse in rural Maine that serves as Kassirerâ€™s studio. â€œItâ€™s very secluded, which was part of the appeal. We were able to get out of our touring headspace and stay completely involved with the record and what we were doing. That allowed the band to concentrate on the music, to pursue ideas without distractions and misgivings, but it also removed them from the world during a momentous event.â€

Weâ€™re Not Going Anywhere marks a departure for Ramirez who builds on the rootsy sound of his early albums to create something new, bold and anchored in the present in both music and lyrics taking influence from the sounds of his childhood, the likes of The Cars and Journey. â€œWeâ€™re Not Going Anywhereâ€ â€“ these are four simple words informed and driven by Ramirezâ€™s own background which identifies a record of promise and protest at a time of socio-political agitation, â€œso many cultures in this country are being viewed as un-American and it breaks my heart. My family has raised children here, created successful businesses here, and are proud to be a part of this country. Most of what I’ve seen as of late is misplaced fear. I wanted to write about that fear and how, instead of benefiting us, it sends us spiralling out of control.â€ 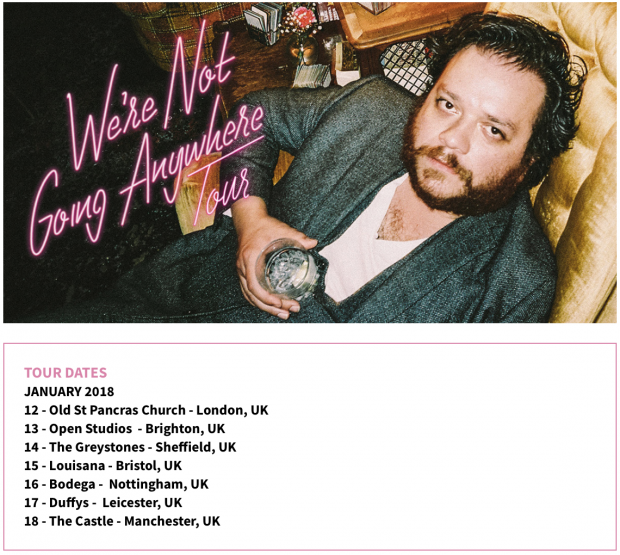