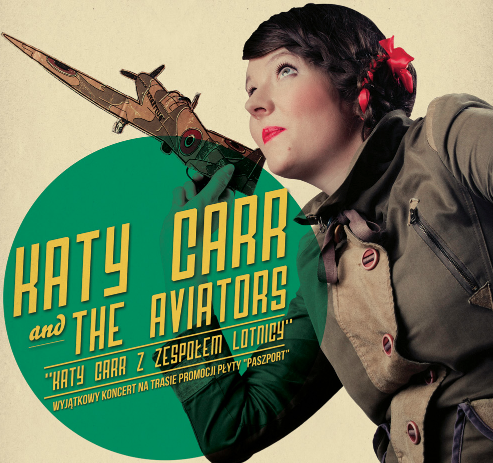 FRoots (Folk Roots) ‘There is so much work, love, and singular talent that has gone into this on every level.’

Songlines ‘A personal yet epic song cycle that stands alone.’

Q ‘Via a set of songs about the violence inflicted on her parent’s Polish homeland during WWII, even if you can’t understand the occasional song in Polish, there is no mistaking the weight they carry.’

Uncut ‘Ambitious and dazzling – the concept album she lives!’

The Guardian ‘Concept album of the year’

The Times ‘Never less than immaculate’

Being called “the Polish Bjork” might be a strange accolade if you’d grown up in Nottingham, almost right in the dead centre of England. But Katy Carr probably loves the comparison. Born to a Polish mother, her sprawling, ambitious music is deeply informed by the life lessons of those on the maternal side of her family tree. Her latest (and fourth) album is Paszport, an impressively expansive work that pays tribute to the resilience shown by her mother’s compatriots during the Second World War. It’s a record that The Observer correctly identified as “a concept album gone refreshingly right”, with Katy’s keening voice ¬- one that wouldn’t be out of place in any folk club – combining with chilly Mittel-European instrumentation to profound effect. A strong admirer of 1940s culture, Katy Carr is clearly an artist out of time, a songwriter not from the here and now, but from forever.