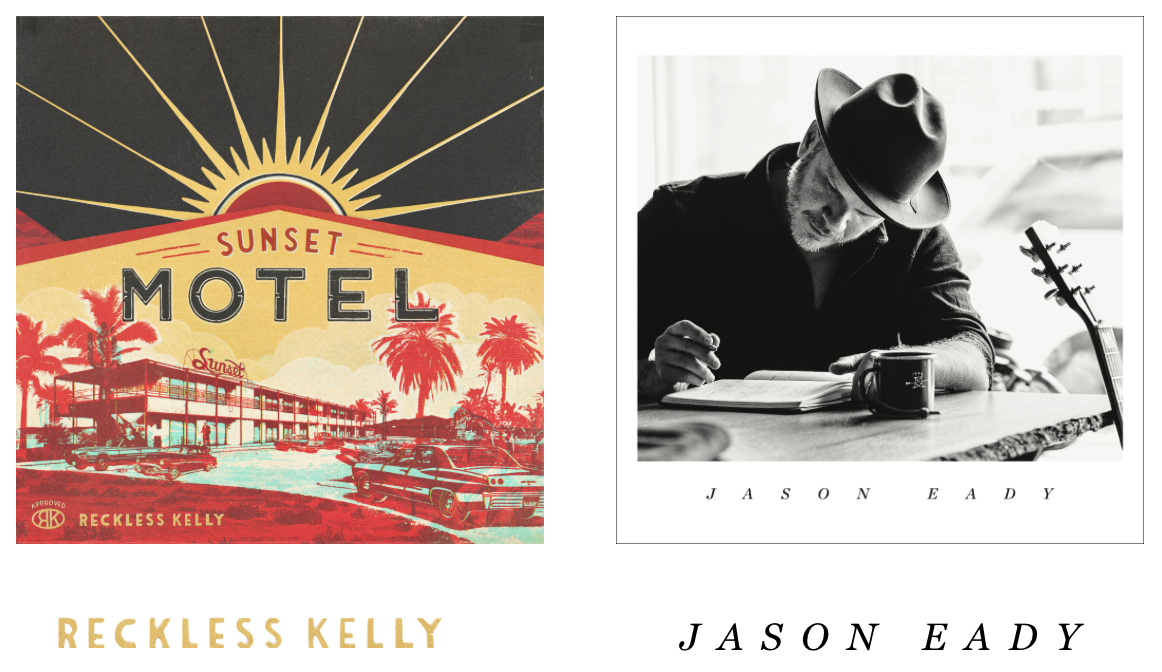 The 10 songs that make up Brand New Day feature The Mavericks genre-defying style. Tthe album opens with the tejano/bluegrass-inspired “Rolling Along”, which sets a tone before the wall-of-sound power of the title track. From the ‘60’s flavored “Easy As It Seems” to the accordion-fueled shuffle of “I Will Be Yours” to the heart-melting beauty of “Goodnight Waltz”, Brand New Day finds the eclectic unit as inspired, passionate and commanding as ever.  The Mavericks formed in Miami, FL in the late-1980’s, eventually moving to Nashville and launching an incredible career that featured hits, sold out tours and the creation of a large and loyal fan base.

The Mavericks created a one-of-a-kind sound that seamlessly blended elements of rock, Latino, folk, blues, country and more. Following a nine year hiatus, The Mavericks led by the mesmerizing vocals of Raul Malo, the driving swing of drummer Paul Deakin, the masterful playing of guitarist Eddie Perez and eccentric style of keyboardist Jerry Dale McFadden, re- formed in 2012  to release two more highly acclaimed studio albums and toured relentlessly ever since bringing their exhilarating live shows to longtime fans.

Sam Outlaw – one of Los Angeles’s only modern country artists – was presented with the International Album of the Year Award for his acclaimed, Ry and Joachim Cooder produced debut album ‘Angeleno’ at the UK Americana Awards 2017.  Tenderheart, is his much anticipated sophomore LP.
The 13-track collection of originals was recorded in the San Fernando Valley and co-produced by Outlaw alongside Martin Pradler. Outlaw enlisted many of the same musicians that made his first album, 2015’s ‘Angeleno,’ an undisputed breakthrough and one of the best-reviewed debuts of that year: harmony singer Molly Jenson, pedal steel pro Jeremy Long and guitarist Danny Garcia, along with Taylor Goldsmith (Dawes) and Bo Koster (My Morning Jacket).
In addition, ‘Tenderheart’ features local mariachi group Erwin Vasquez and Mariachi Teocuitatlan.  Outlaw offers an extraordinary refinement of the artistic identity laid out on ‘Angeleno’. Sonically, the album elaborates on his “SoCal Country” sound: a sun-bleached, Baja-influenced twang that deftly points to country’s neo-traditionalists and LA’s legendary singer-songwriters. Thematically, ‘Tenderheart’ is a thesis on self-discovery and the power of love –- Outlaw meditates on his own conflicted quest for peace amidst the chaos of his chosen path.

Angaleena Presley will follow her acclaimed 2014 American Middle Class with Wrangled, her second full-length solo album, on April 21 via Mining Light Music/Thirty Tigers.  The album is co-produced by Angaleena and Oran Thornton and features 12 tracks, all of which were co-written by Presley.  One of the album’s many highlights is “Cheer Up Little Darling” written by Angaleena and her dear friend,Guy Clark.    The song — the last song completed by Guy before his death — features Shawn Camp playing Guy’s No. 10 guitar, which was used to write the song with Guy, and Guy’s mandola, which Guy had been learning to play during the last year of his life.
Angaleena Presley has been touring regularly over in the UK since 2014 and most recently toured with Brandi Carlile in November 2016 and February to participate in the UK Americana Awards and will return to set up the record in early April 2017

With Jason Eady’s sixth album, the Mississippi-bred singer/guitarist merges his distinct sensibilities into a stripped-down, roots-oriented sound that starkly showcases the gritty elegance of his songwriting.  The follow-up to 2014’s critically praised Daylight/Dark, Eady’s latest finds the Fort Worth, Texas-based artist again teaming up with producer Kevin Welch. Now longtime collaborators (with their past efforts including 2012’s AM Country Heaven, a top 40 debut on the Billboard Top Country Albums chart), Eady and Welch worked closely in crafting the album’s acoustic-driven yet lushly textured aesthetic, touching on such matters as turning 40 , his daughter’s growing up and going off to college  and the everyday struggle to “embrace the messy parts of life instead of trying to get the point where you’ve somehow fixed all your problems”. Throughout the album, Eady’s soulfully rugged voice blends in beautiful harmonies with his wife, singer/songwriter Courtney Patton.   Eady, who grew up in Jackson at age 14the same year he started writing his own material, he began performing in local bars.  After some time in the Air Force, he moved to Fort Worth and started playing open mic nights, where he quickly built up a devoted following. 2005, Eady had made his debut with From Underneath The Old.