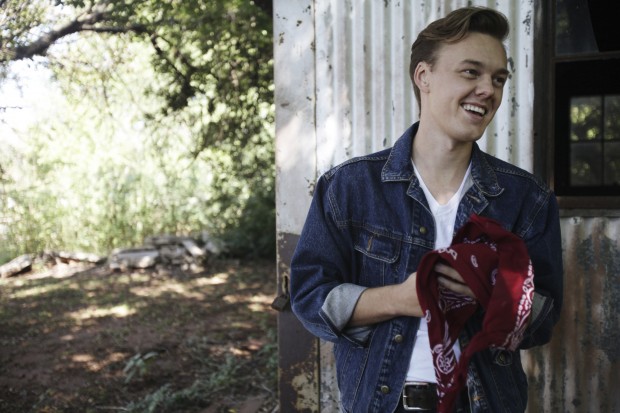 PARKER MILLSAP – has an amazing video for his single ‘Truck Stop Gospel’  taken from his upcoming album release on 20th October. 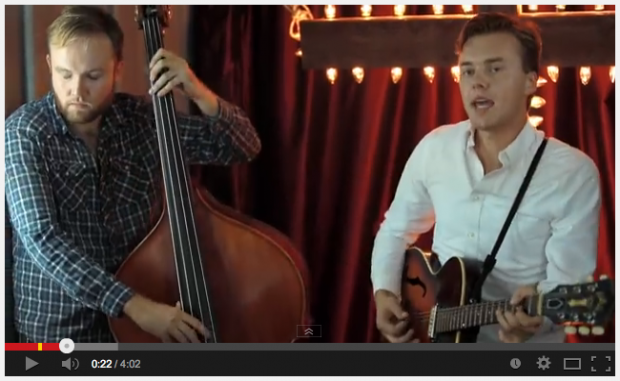 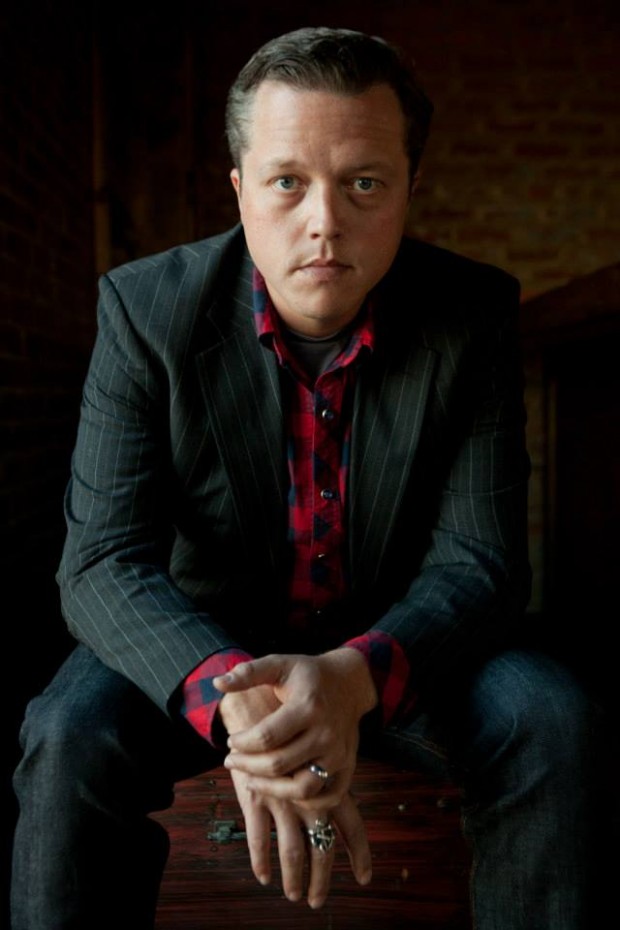 JASON ISBELL SWEEPS 2014 AMERICAN MUSIC AWARDS WINNING ARTIST OF THE YEAR, ALBUM OF THE YEAR AND SONG OF THE YEAR

“This album is harrowing and not for the timid, but those who stick with it will be treated to a truthful, moving journey and a master class in songwriting to boot.”

Nashville, TN – Jason Isbell was the big winner at the 2014 Americana Music Awards last week, picking up trophies for Artist of the Year, Song of the Year (“Cover Me Up”) and Album of the Year for his highly acclaimed 2013 release Southeastern.

Southeastern (Southeastern Records/Thirty Tigers) is an artistic triumph on the highest level. Isbell courageously opened himself up and created his most personal work to date. Through his songs, Isbell articulates his deepest fears, failures, regrets and personal growth with poetic beauty and grace. “Do the things that scare you. That’s the good stuff,” Isbell states during his Song of the Year acceptance speech. Southeastern has resonated with so many as it has gone on to sell over 125,000 copies. The album has received an overwhelming about of support from the press

Isbell has been on tour in support of Southeastern since its June 2013 release. Audiences have been growing steadily as venue sizes continue to increase. On October 24-26, Jason Isbell & The 400 Unit will play an unprecedented three sold out nights at Nashville’s historic Ryman Auditorium. 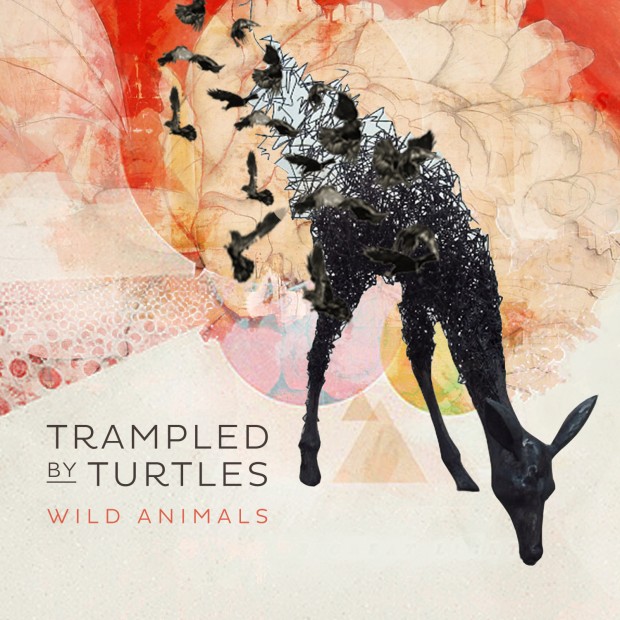 “What immediately attracted me to Trampled by Turtles when I first saw the band was its speed, but the Minnesotans are about more than just blistering bluegrass. They also write beautiful, heartfelt folk-pop songs, as this Tiny Desk Concert demonstrates.” Bob Boilen 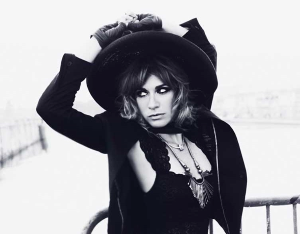 October Tour of The UK and Europe

Nicole’s first headline tour of the UK and Europe starts next week to promote the new single “Who Killed The Moonlight?“.. great fully-animated video and a fantastic remix by Eddie Mars
jjj 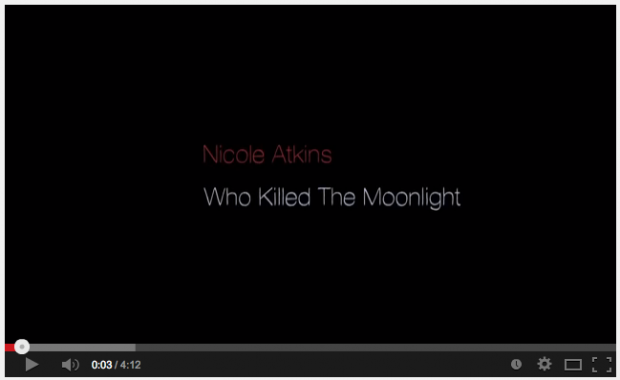 First week of November look for an expanded edition of the “Slow Phaser” album digitally available worldwide.  Nicole’s full 8-song set while on tour this summer with Nick Cave & The Bad Seeds. And Nicole will be appearing on national network TV here in conjunction with the release.
jjj
jjj

Nicole Covers Springsteen On Tribute Album –  “Dancing In The Dark”

Today is Bruce Springsteen’ 65th birthday .. so expect to hear lots of Bruce all day.
Nicole’s fabulous cover of his “Dancing In The Dark” came out last week on the album “Dead Man’s Town: A Tribute To Born In The USA”  ..
jjj
jjjj 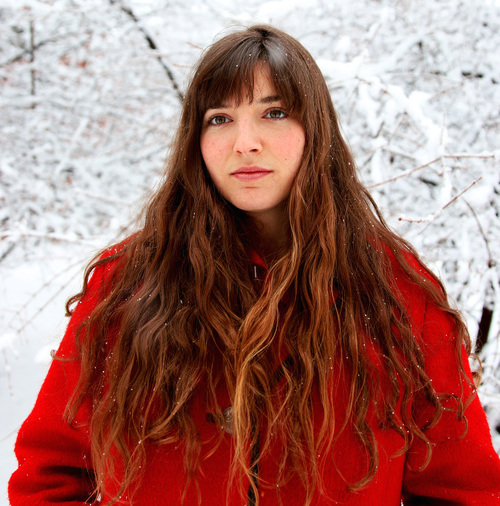 A review in ‘Thank Folk for that’:
http://thankfolkforthat.com/album-review-caroline-rose-i-will-not-be-afraid/

Little Hi! Records and Thirty Tigers are proud to announce ‘ I Will Not Be Afraid ‘, the official debut album by Caroline Rose, a fiery 24 year-old songwriter raised on rockabilly, vintage country and blues-infused rock. 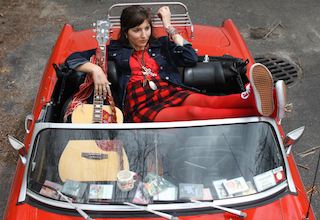 “I Will Not Be Afraid”

“Rose is a true American songwriter like Dylan, Van Zandt, or King – different stylistically, but all touch on something inherently continental…[she] spins stories with a sense of adventure, a certain badass swagger, and devil-may-care attitude.”
– WXPN

Sometimes epic failures produce epic results. With the release of her new album I Will Not Be Afraid, keen-eyed young singer-songwriter Caroline Rose has broken her long string of short-circuits with a live-wire national debut that draws on her roots in rockabilly, vintage country and blues to capture her unique and personal vision.

Hoping to escape the dead ends that befell her hometown, colloquially dubbed a stop on “heroin highway”, Rose found her way out via a full ride to a small liberal arts college, where she failed as a scholar, barely scraping by to graduation. Next came a stint as a failed hippie, working on and leaving an organic farm. She then bought a vintage sports car to travel the country, but it quickly broke down. On the plus side, Rose got a job at a cider distillery, where she got to taste apple brandy and applejack all day…Followed by a stint stocking shelves and sweeping floors at a grocery store for a boss who eventually fired her.

She describes the 11 songs on I Will Not Be Afraid as “postcards I’ve picked up from along the road,” and she means that literally. Rose is in perpetual motion. She tours and lives in her van, traveling the highways and back roads to fuel her creative spirit.

Rose’s wanderlust has taken the 24-year-old from her birthplace in a not-so-idyllic small Northeastern town to every corner of the nation, where she’s made friendships, heard stories and had experiences that she’s fashioned into songs like “America Religious,” which uses a driving snare drum with brushes and psychedelic folk fiddle to underpin the cool waterfall of her peaches and molasses voice as she sings about the open skies and the storm clouds inside the American heart. And in her own.

The themes of some of Rose’s songs are drawn from the familiar. “Blood On Your Bootheels,” which opens I Will Not Be Afraid with her prickly guitar and crazy-carnival organ, was inspired by the Trayvon Martin slaying and Rose’s own passionate reaction to violence and intolerance. “Everyone seems to have their opinions about how to live free in this country, especially when it comes to young men and even more especially when it comes to young black men like Trayvon,” Rose observes. Injustice and hardship also underline “Tightrope Walker,” a song inspired by a friend’s stories about working in the school system of an impoverished Mississippi town.

But other songs literally haunt her dreams. The gorgeous textural arrangement and lyrics of “When You Go” — which evoke the openness of both the Southwest and of the future in Rose’s and co-producer Jer Coons’ shimmering guitars and her strong, defiant vocal performance — tumbled out during a night’s rest. “Sometimes songs come to me while I’m asleep and they wake me up, and that’s the best time for me to write,” Rose relates. “When I wake up my mind is like a clear glass of water. I can see everything and capture it.” That’s especially apt for the stream of consciousness lyrics that bring many of her numbers to life.

Rose’s own life seems more akin to Jack Kerouac’s On the Road. Growing up in a coastal town, her parents — who were visual artists with a love for travel — gave Rose a restless, creative spirit. And like many working class seaside locales, her hometown suffers epidemic heroin abuse.

“I saw a lot of my friends get consumed by it, but I was one of the people that got out,” Rose says. “I worked my ass off to go to college and that really was my only plan of escape at that point. I think I was in denial about being an artist.”

For two of those years Rose worked on the aforementioned farm, hoping the experience would provide her with balance and direction. “I liked the work, but I’m too city to be country and too country to be city,” she offers. “So I moved on.” When Rose worked at a cider distillery, she slept in the barn loft where she recorded many of the demos for I Will Not Be Afraid with her acoustic guitar.

“I finally accepted the idea that writing, singing and playing songs is the only thing I’ve ever really been good at,” Rose relates, “so I decided to forget about everything else and live in my car, and I hit the road.”

Rose joined a new generation of touring songwriters who blend tradition, innovation and edginess, like Hayes Carll, whom she opened for in 2014 and bandmember Jer Coons, whom Rose shared a bill with one night and discovered to be a kindred spirit. Rose produced I Will Not Be Afraid with co-production by Coons at his Burlington, Vermont studio, where they also made Rose’s 2013 self-released America Religious, playing all the guitars, keyboards, harmonica, mandolin, drums and percussion themselves.

Rose explains that the title track is her mantra. “So many people are held back by fear,” she says. “They wish they could do something else with their lives, and they just can’t take the first step. I grew up questioning everything and learned that I needed to be on my own. I needed freedom and I needed to create on my own terms and to keep moving forward without fear, wherever I go.

“I also came to understand that I don’t have any choice,” she continues. “Music is what keeps me breathing. I can’t do anything else.” 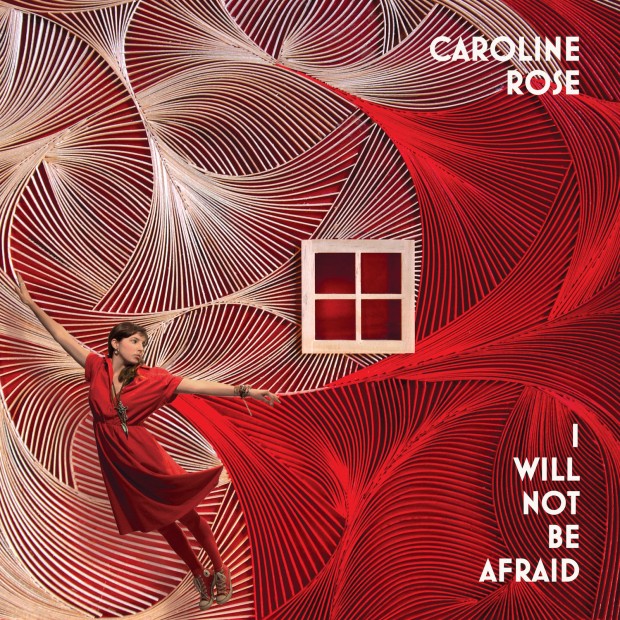 You can watch the video of ‘ I Will Not Be Afraid ‘ 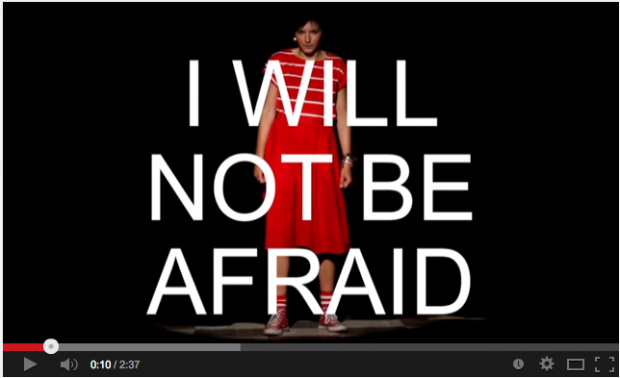