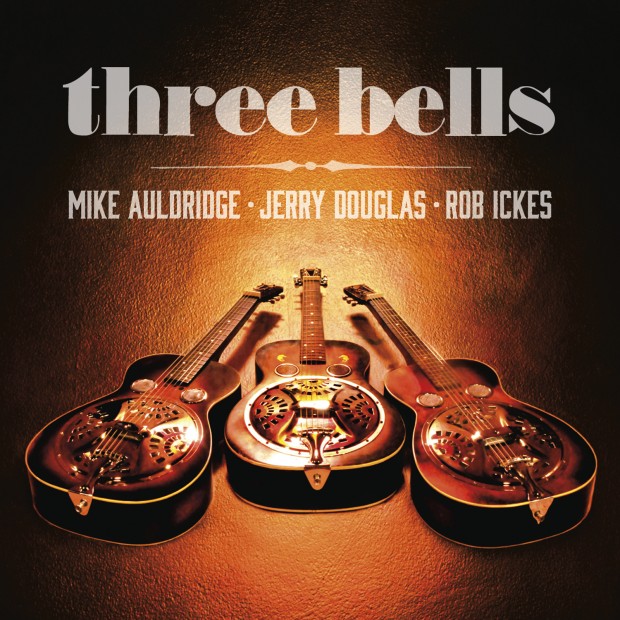 Three Bells will be released by Rounder Records on September 15, 2014. The album, a historic collaboration between fellow Dobro masters Jerry Douglas, Mike Auldridge, and Rob Ickes, marks a personally-charged landmark in all three gentlemen’s expansive bodies of work. In addition to marking the three musicians’ first work together since 1994’s Grammy-winning The Great Dobro Sessions, Three Bells features the final recordings of Douglas’ and Ickes’ longtime friend and mentor Auldridge, who passed away on December 28, 2012, shortly after the recording sessions were completed.

In a career that spans four decades and encompasses over 2000 recordings, Jerry Douglas has more than earned his status as one of the world’s most celebrated musicians.  In addition to his instrumental mastery, the 13-time Grammy winner and three-time Country Music Association Musician of the Year has established a reputation as a ceaselessly inventive recording artist who has drawn from a bottomless well of rootsy styles to create a consistently compelling string of solo albums and collaborative projects 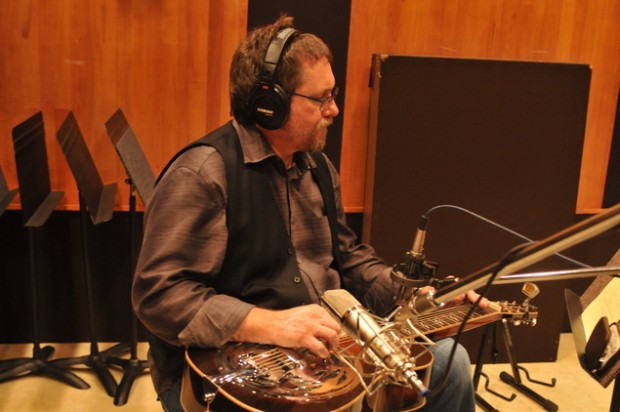 “The goal was not necessarily to make a record,” Douglas explains. “The idea was simply to record some things together, because we needed to, and if there was time and we were able to get enough done, maybe it would become a record. Fortunately, that’s how it worked out.”

Three Bells finds these master musicians employing their prodigious talents to create a set of spare, emotionally affecting instrumental performances of original tunes as well as some venerable pop and country numbers.  Selections include “For Buddy,” which Auldridge adapted from an exercise originated by Nashville pedal steel legend Buddy Emmons, the early Tin Pan Alley hit “Silver Threads Among The Gold” and the sentimental title track, best known to Americans in the Browns’ hit 1959 country version but originally a French pop standard, “Les Trois Cloches,” recorded by Edith Piaf, the Andrews Sisters and others. 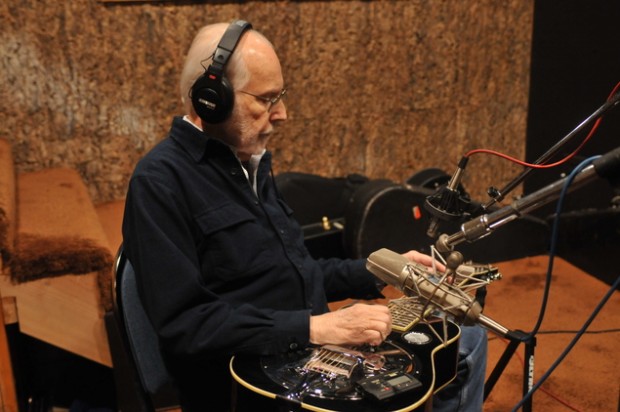 Three Bells also features a memorable solo piece by each participant, namely Douglas’ playful “The Perils of Private Mulvaney,” Ickes’ meditative “The Message,” and Auldridge’s poignant medley of the beloved pop standards “‘Till There Was You/Moon River.”  While those tracks demonstrate the individual skills which have made each musician a potent individual force, it is the chemistry and camaraderie of their group efforts that make Three Bells a memorable experience.

Although Three Bells‘ unconventional three-Dobro lineup might have proved unwieldy in lesser hands, Auldridge, Douglas and Ickes interact with an effortless rapport that keeps their performances graceful and understated.

“It was important to me to do right by Mike,” Douglas states, “so we started out with the intention that this would be all about him, and that we would play what he wanted to play, with no intentions of ever offering it to the public.  We went into it a little tentatively, not knowing how far we could push him under the circumstances.  But Mike played as good as I have ever heard him play, and he was the most gung-ho of the three of us.  And that enthusiasm drove Rob and me to raise our own bars to keep up with him.” 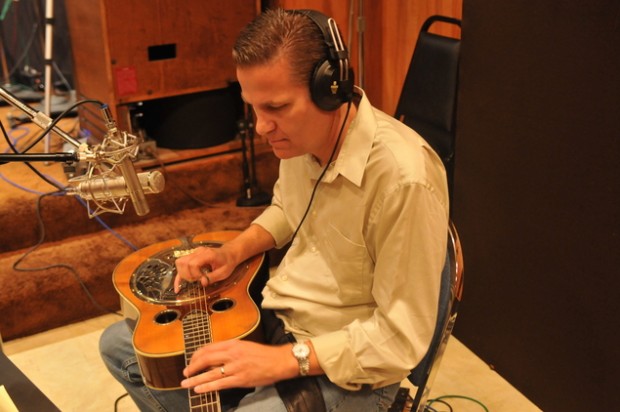 “I thought it would be challenging, having three Dobros together, but this was one of the easiest recordings I’ve ever made,” says Ickes. “Mike and I originally thought that Jerry was a little off his rocker to not use a backing band.  But there was something special in how the three of us were interacting musically.  Even though it was three of the same instrument—and a fretless instrument at that—there was an intelligent conversation occurring, not just three people trying to talk over each other. ”

“Mike was having such a great time,” says Ickes. “Music was his life, and he was so happy to be making this record.  He told us several times that he knew that this would be his last recording and that he was honored that it would be with us.  I know Jerry and I felt equally honored to make this recording with him.”

“While we were in the studio, I kept thinking ‘Why didn’t we do this before?'” Douglas recalls.  “We should have done it a lot sooner, though perhaps it wasn’t meant to happen until now.  In any event, I am very proud the work that we did together and the spirit that was captured in these sessions.  Best of all, it raised Mike up and made him feel better for awhile, and that was the cherry on top.” 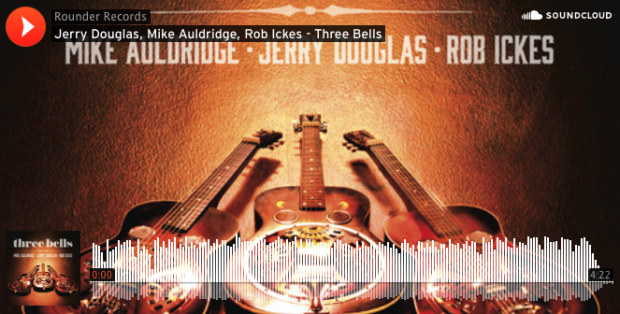