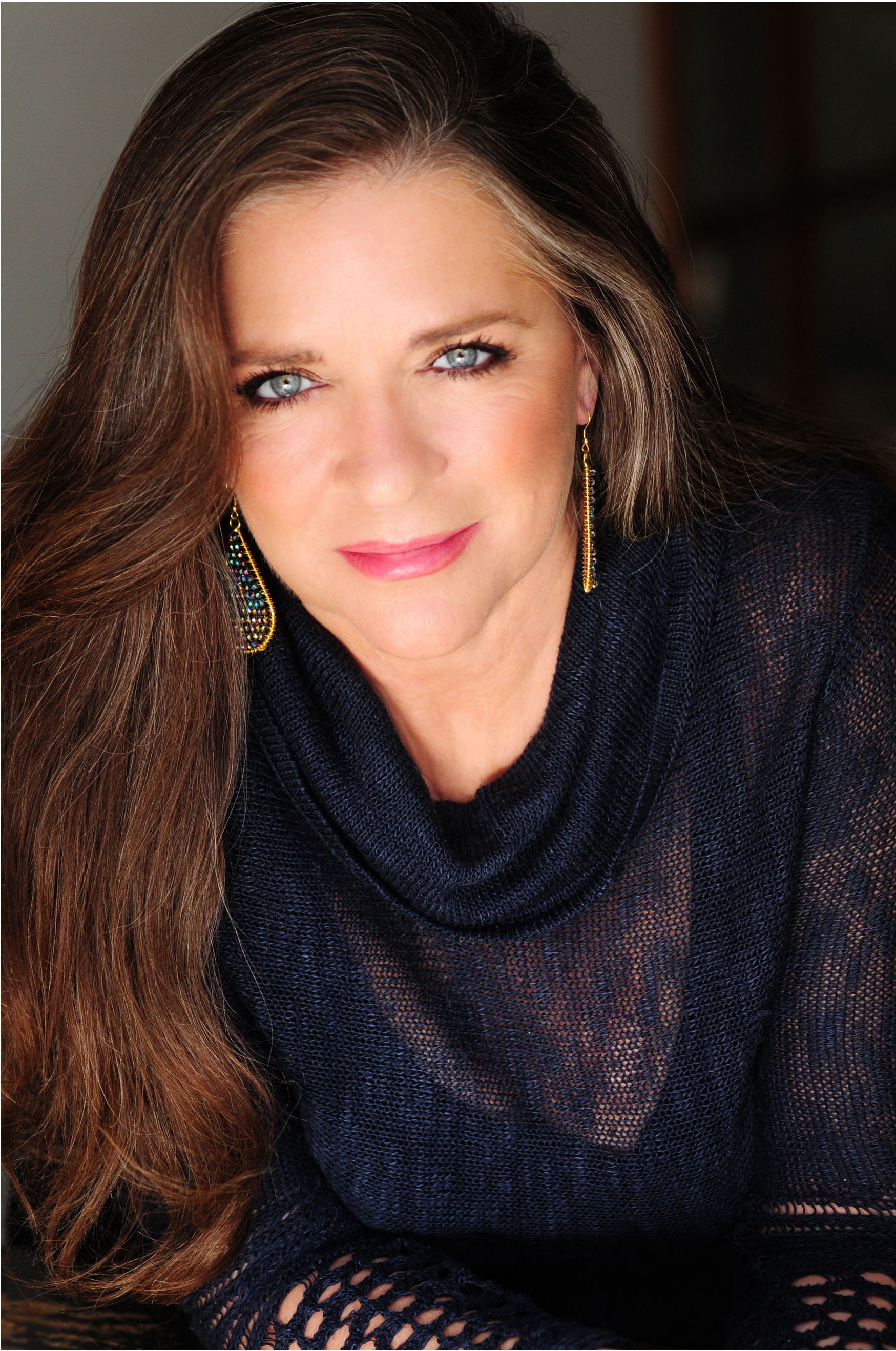 ‘This is unashamedly traditional: committed, personal and really quite perfect. Mojo

‘This album is more a celebration of Carlene’s heritage.’ Country Music People ‘Carter Girl reaffirms Carlene Carter’s role as scion of country music’s leading family through a mixture of Carter Family classics and original material.’ Independent ‘Breathing fresh life into songs first recorded almost a century ago by the Carter family.’ The Sunday Times (feature) ‘These treasures are in good hands and, yes, the circle remains unbroken.’ The Mirror‘Carlene has revived their songs before, but never with this intensity and emotion.’ The Guardian ‘Her thoroughly contemporary celebration of the Carter dynasty’s heritage certainly doesn’t bear any traces of dust or piety – these are songs that still speak to us today.’ The Sunday Times (review) ‘Carlene has lined up a set of superb backing musicians and called on friends such as Elizabeth Cook, Kris Kristofferson, Vince Gill and Willie Nelson to create an absolutely wonderful album of country music.’ Maverick ‘Supplemented by many studio pros, (the album) provides an up-to-date sheen, giving Carter (with soul sister Elizabeth Cook) room for their personal, interpretative stamp.’ Uncut ‘It’s a total delight.’ Acoustic Magazine

Having started her career in the UK with her self-titled debut album
(recorded with Graham Parker and the Rumour in 1978), Carter made London her
home for several years during her marriage to Nick Lowe (who produced her
third and fourth albums, Musical Shapes and Blue Nun), and spent a year on
the West End stage in the musical Pump Boys and Dinettes.

Carter’s strong connection with British fans was reestablished when her most
recent release, Carter Girl, debuted at #3 on the UK Country Albums chart
and was named Best Americana Album of the Year by Sylvie Simmons in MOJO
magazine.  Rolling Stone wrote: “to a certain generation, she was the cute
and spry American babe who headed to the UK and struck up some relationships
there, nearly all of them musical… this new album, produced by Don Was, is
evocative, mature, and consistently impressive… A strong and very welcome
showing for one of pop music’s long-missed characters, now back again.”

As the special guest on the John Mellencamp tour, Carter has been performing
her one-woman set in sold-out theaters across North America most of 2015 and
April of this year.  She told the Austin Chronicle: “I was pretty chuffed
that I could open for a Rock & Roll Hall of Famer as an acoustic act by
myself. Working with Mellencamp, I made new fans, people that may have never
heard of me. They may have heard I was related to the Carter Family or
Johnny Cash somehow, but what they got was pure Carlene. Very much in the
spirit of the Carter Family, I’d just go out and do what makes people happy.
I really enjoyed the process of playing by myself and I’m going to continue
to do it for a while. It really does prove my theory that it’s all about the
songs.”

Carter says of the upcoming shows: “I’m so looking forward to the dates in
England and Ireland, as I have deep roots there and it always feels like I’m
coming home when I land at London Heathrow!”  Her “special guest” on the
tour will be her husband, actor and singer Joe Breen, whose own family is
from County Clare, where his sister Christine Breen and her husband Niall
Williams are well known writers living on the family homestead.  Carter
says: “I’m so excited to be bringing the music of the Carter Family via this
‘Carter Girl’ and share some songs, stories from my life, and have a lot of
FUN at every show.”

The Regina Leader-Post: The show began with the lovely Carlene Carter
performing a 40-minute set that was tremendous considering she was able to
captivate the crowd with her voice, an acoustic guitar, and a number of
stories of what it was like to grow up as a member of the Carter clan.
Approaching 60 years of age, Carter still has an amazingly powerful voice
and made the night special even before Mellencamp came out.

Country Standard Time: Carter turned in a job well done in opening the night
playing solo acoustic. She proudly talked about the Carter Family (she’s the
granddaughter of Maybelle and daughter of June Carter Cash) as well she
should have because she sang several songs from last year’s excellent
“Carter Girl” CD, giving a context to her performance and career. Chief
among them was “Me and The Wildwood Rose” about her late sister. Like
Mellencamp, Carter has had a long career and made her older songs like “I
Fell in Love” and “Every Little Thing” sound fresh. Always a warm, friendly
presence, Carter’s voice remains in great shape. It’s a potent weapon in
infusing the songs with emotion without over-emoting. When you’re talking
Carter Family, you are talking mighty big shoes to even try to fill, and
while Carter has had her share of ups and downs in life, she deservedly
wears the mantle of “Carter Girl.” 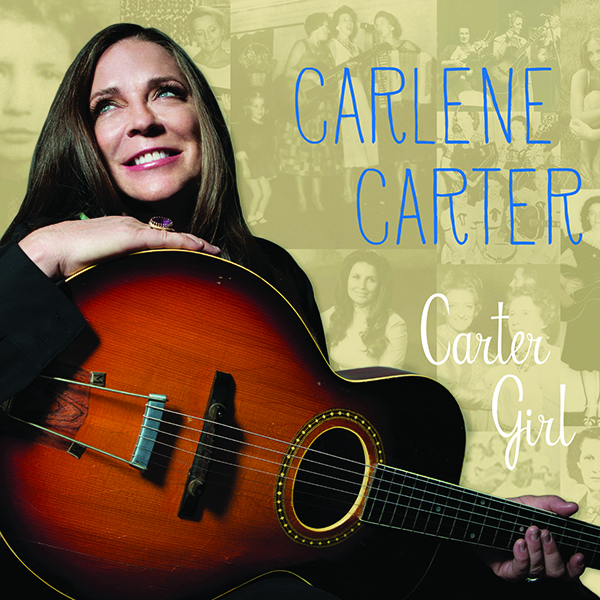 The Charlotte Observer: With her sweet Southern twang, Carter captivated the
audience with just herself and her guitar on stage, belting out songs like
“Every Little Thing” and “Little Black Train.” She also delighted attendees
with short vignettes of growing up in the Carter family, describing how her
mother told her she should get married before she had sex or she would be
going to hell. “So I got married a whole lot,” Carter said to laughter.

Minneapolis Star Tribune: In her 40-minute acoustic opening set, Carter –
daughter of June Carter Cash – covered 100-plus years of music, going back
to songs passed down through the Carter generations, including “Little Black
Train” off her new Don Was-produced album “Carter Girl.” “They’d throw you
out on stage whether you were any good,” she quipped of the family before
the tribute to her grandma Maybelle, “Me & the Wildwood Rose.” Carter sure
sounded good Wednesday.

The Louisville Courier-Journal: Carlene Carter was all about the intimacy…
her compelling voice and out-sized personality made it feel as if she were
sitting in your lap. Her set was heavy on material from her most recent
album, “Carter Girl,” a collection of songs first recorded by The Carter
Family beginning in the late 1920s. The Carter family was ground zero for
country music as we know it, and Carter carried the weight of that immense
legacy with an easy grace and rich humanity. 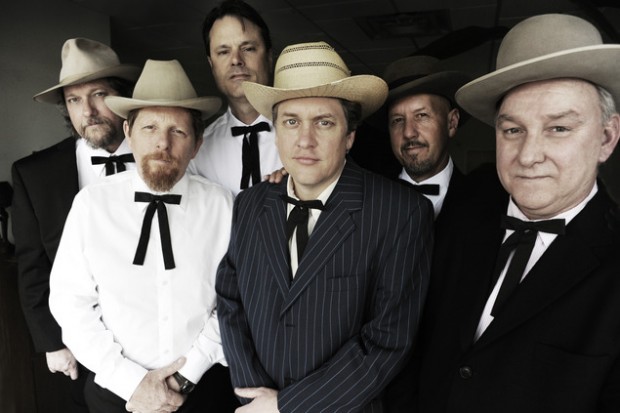 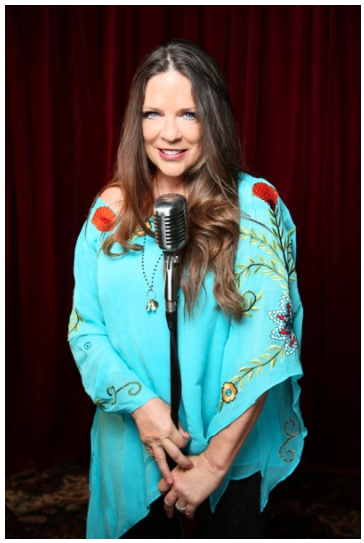