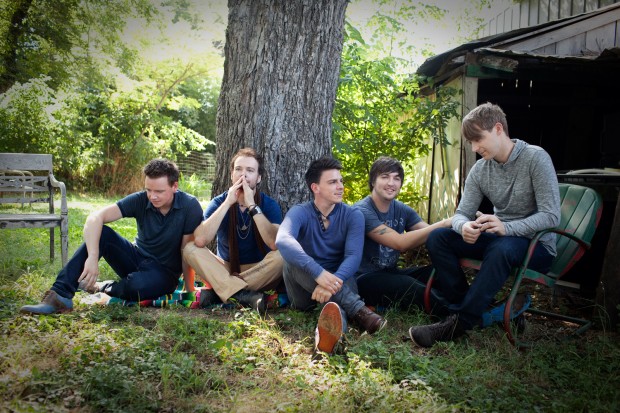 People have hobbies. Some collect stamps. Some knit. Some build birdhouses. I go to @thedunwells‘ concerts.  FAN TWEET

The album comprises 11 tracks that have been recorded or re recorded over the past two years at studios in Austin, New Orleans, London and Los Angeles, with some illustrious names in the production seat, from John Porter, George Drakoulias, Chris Kimsey, Tim Palmer, Jamie Candiloro, Ghian Wright

The Dunwells arrived in the States from Leeds via London connections. Signing to an American Label, Playing In Traffic in 2011/Concord Music 2012 and finally after an amazing journey the re release will happen in the UK in May 2013.

The band have been touring pretty much non stop in the US ever since their signing with appearances on Jay Leno and there is no sign of stopping.   It has been the classic journey of getting out playing, gaining your live chops on the road, and in this case, it has born ever greater fruit, with a band that draws nothing but joy from its audiences.

“Another Band that Leeds can claim proudly as their own” –

The Single and title track to the album “Follow The Road” has strains of psychedelia mixed into lush guitars and their signature epic 5 part harmonies which have earned them all manner of band comparisons from an English Fleet Foxes to Mumford & Sons, Crowded House to the Lumineers.    “It was written and tweaked in numerous places. Hanson had a riff that he had been working on, the song was started on the way up to a gig in Scotland, as we were going up in two vans we had to stop both vans at the side of the road just to show the rest of the guys. Then it was put on the back burner for a bit until

we got to Texas and this is where the song came to life, sitting by a pool in the blazing sun getting ready to record our debut album. It kind of reiterates the point Blindsighted Faith makes with the chant “Follow the road.” If we hadn’t, we wouldn’t have been in Texas at the point in our lives”

The anthemic tune on the album stands out as “If I could Be A King “ Joe says “I wrote this as a waltz. At practice I played it a few times and I think it was Jonny, originally, who turned round and said: “good song but I’m bored,” so he went mental on the drums, then I played the track over the top of that.  Then – hey, presto – we have the upbeat song that we have been looking for nearly a year. It was funny how the banjo took part. Dave D forgot his guitar one day and we had a banjo hanging round the studio.  He just jammed along and then that stayed.”

“Goodnight My City” is a live favourite, “Dave D and I had this track in the bag for quite a while; it was a 6 and 1/2 minutes song with spoken verses about city life in the day and at night. The idea of the chorus was worth keeping. When the whole band got together it was one of the first songs that we started working on to put into our live set..”

A long road from the Pudsey for the two Dunwell brothers, Joe and David, two cousins Jonny Lamb and Rob Clayton, and school friend Dave Hanson….