THE DUNWELLS   “The fierce and contemporarily fab fivesome”

People have hobbies. Some collect stamps. Some knit. Some build birdhouses. I go to thedunwells‘ concerts.

WHAT ‘THEY’ ARE SAYING:

Joseph started harmonising while watching his brother, then 16, learning to play the guitar and write songs. Hearing Irishman Damien Rice on his debut album O was the reason Joseph said he started writing songs.

“I remember listening to that for the entire year before deciding to be a musician. It was kinda like the turning point,” said Joseph, leading him to trace his steps backward to artists such as Oasis, Counting Crows, Springsteen and Dylan, before finally starting “to learn singing techniques from the greats,” Van Morrison and Ray Charles.

The four other members of the group that formed in 2009 are singers, too, providing spine-­‐tingling harmonies on anthemic numbers like “Follow the Road,” which brings to mind the best of Crosby, Stills & Nash while upping the ante with stirring electric guitar runs.  – Durango Herald.

“Given how evocative their music -­‐ particularly their harmonizing -­‐ is of the California folk and country-­‐rock of Crosby, Stills, and Nash.” -­‐ Boston Globe

“It’s clear this is a band with a bright future.” -­‐ American Songwriter

“The best is yet to come for the Dunwells.” -­‐ Huffington Post

“This quintet of boys from Leeds have a real knack that has garnered them some well deserved attention, including a ringing endorsement from writer/screenwriter Cameron Crowe” – Chicago Innerview

the Dunwells, an English emo-­‐folk band that is hitting it big in the states with its debut, “Blind Sighted Faith.” It is a record that at times recalls the sound of Mumford & Sons and other times sounds like Colorado up-­‐and-­‐comers The Lumineers.     The Durango Herald

• And lead singer Joseph Dunwell has some mesmerizing vocal chops.

“On Goodnight My City and I Could Be A King,  the sweet ache of Joseph Dunwell’s classy vocals and spare, rootsy instrumentation make it easy to understand why the US is embracing this quintet much as they have Mumford & Sons.”  James McNair

And then came the young, exuberant Dunwells all the way from Leeds. Certainly the crowd’s favourites, they “don’t need safety anymore”.  tonight they are Mumfords without sham rock and Eagles who soar above the wasted scene. Their break up song; ‘Oh Lord’ speaks to me with its line “Oh lord, I’m calling out your name, oh lord, I feel so ashamed” – the guitar lines bringing spirit to the powerful sense of rhythm that rattles out tonight with enthusiasm and energy – as do lines given elsewhere; “Find your feet my friend, just go forward. Shit goes down just carry on regardless”.Each and every highlighted lyric gives me a reason to believe in a better year a coming. They relate to true feelings and empower. The Northern Embassy adds to the creed being spoken. It’s too good to believe that this night will be repeated at the Karamel Club whose members show up in force to give their support to Chris and it’s hard to believe that Chris Sheehan will host a better line up this year but talking to the faithful Kevin, Sound Engineer, you know….. I think he will. 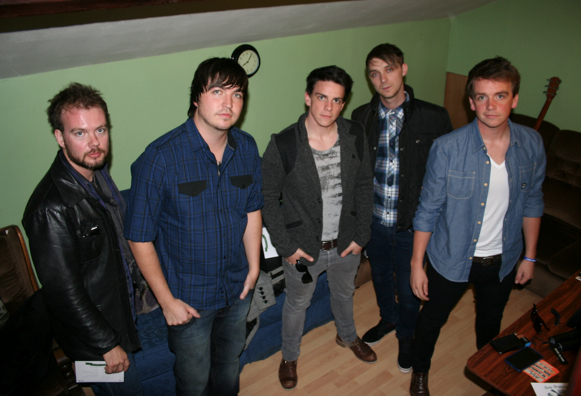